Is Manifesting Dangerous and Sinful? Busting the Common Myths

“Everything is energy and that’s all that there is to it. Match the frequency of the reality you want and you cannot help but get that reality. It can be no other way. This is not philosophy. This is physics”– Albert Einstein.

The notion that manifesting is an action separate from living is a false one. We are manifesting every single moment, believe it or not. The choices we make every day are what life is all about; it responds to us instead of acting on its own will.

The energy in terms of our good thoughts, actions, and emotions attracts a similar reality. So, is manifesting a sin?
Manifesting is not “dangerous” as a phenomenon on its own, rather the only thing we need to be aware of is the intention or energy that we create, to begin with.

Table of contents show
Understanding the Art of Manifestation
○ Life is a series of manifested moments
○ The act of creation for a better you
Misconceptions Around Manifestation
○ The nature of manifesting
○ Personal responsibility and control
○ The myth of attracting negativity
Downsides to Manifesting Incorrectly
○ Emotional repression and toxic positivity
○ Using law of attraction for destructive desires and negativity
Is Manifesting Sin? A Quick Glance at the Fallacy

Understanding the Art of Manifestation

A fundamental truth to the Law of Attraction and Manifestation is that this is the Law of Life. There is no other way since everything we encounter stems from our own minds.

The art of manifesting all that we wish for is nothing but tapping into our inner power through wishful thinking.

○ Life is a series of manifested moments

Life itself is nothing but a manifestation of the Universal Mind that operates through all of us. Think about it and you will discover that the answer to all our problems and desires is already at our disposal.

In thinking that manifestation is a task that has to be done consciously only is a faulty notion since our subconscious mind is always crafting our entire reality around us.

Everything in this Universe was born from a thought. Similarly, every person we meet and every experience we have has been brought about by some form of energy that we have put out into the Universe.

This correspondence between our inner and outer world is a default mechanism working whether we’re aware of it or not. Nothing is predestined or fated to happen; every outcome is followed by a series of choices we make knowingly or unknowingly.

○ The act of creation for a better you

We cannot be manifesting correctly until we are aware of ourselves. In order to attract that which you truly want, you have to be in alignment with your core values and maintain a mindset that positive outcomes are happening.

Manifesting requires deep conviction in yourself, personal responsibility, and the power of good intentions to work. If anything, the act of manifesting something consciously compels us to dig deeper into what our goals are, our purpose, and the self-created obstacles holding us back.

And it’s not just about asking and simply imagining abundance to come to us automatically. Practices such as shadow work, building gratitude, and learning the beauty of surrendering are all central to it. Manifesting pushes us to dream of the best version of ourselves whilst also acting simultaneously to get there.

Manifestation practice has been wrongly accused of being dangerous, misleading, and a complete pseudoscience altogether.

It is nothing but an act of creation just like others, except that it takes into account every single aspect of the energy we produce in terms of speech, action, and thought.

○ The nature of manifesting

First of all, manifesting is neither some form of magic nor witchcraft and there is nothing wrong about wanting to attract something of your own free will. Some people also feel that manifestation techniques goes against religion because we are defying the creator and his role.

However, this would again mean giving into the idea of a “predestined reality” and accepting a submissive and even victim mindset of leaving things to an “external higher power” to control.

If God has gifted us the mental prowess to discern, reason, and create, then why must we not challenge our beliefs and use them beyond the apparent?

And also, if we are a creation of a creator God, then we must be sharing the same divine nature that allows us to “create” as well. Even in prayer, people tend to ask and desire positive things that have not manifested yet.

The only difference with concept of manifestation is that it is deliberate and seeks to assume personal accountability and awareness by challenging the infinite reservoir of undiscovered possibilities that human potential has to offer.

In tandem with the previous point, it’s safe to say that manifestation works from a place of deep self-belief, self-reliance, and conscious action. When one recognizes their role in the grand scheme of things, a deep awareness of oneself is inevitable.

You cannot then blame any other external factor for the way your own life plays out because you’re conscious of the fact that you are the very source. This discovery can be intimidating or empowering, depending on how you choose to see it.

Since we’re the ones in control, it is in our hands to continuously rectify limiting beliefs that are keeping us from vibrating at a higher frequency.

The more in touch we get with our raw, authentic selves, the more life begins to favor the inspired change we wish to see around us. We become the narrators of our physical reality and the “main character” running the show.

○ The myth of attracting negativity

The law of attraction itself cannot be blamed for negative outcomes coming our way. Since the very law is empowered by our own beliefs and attitude, a keen focus needs to be maintained on the same.

If one operates from a scarcity mindset and focuses on the dearth of resources in life or misfortune befalling them, then they are more likely to attract the same. In fact, such a person can also attract all the positivity in the world and still be dissatisfied.

Another thing to keep in mind is your attitude in the midst of this all. A persistent belief in oneself, growth, positive thoughts, and gratitude for what is, is an integral part of manifesting journey. Therefore, even if one encounters failures and disappointments, quitting and falling off-track is counter-productive.

If one falls victim to their circumstances, then they have already disregarded the divinity and power that they possess. Instead, seeing the hurdles as positive changes which are part of the journey and not as “negativity” can be a game-changer.

The loving energy of the universe has no way than to not appease a stubborn heart and a mind that knows no other reality other than growth and happiness.

With all that said and done, we can safely conclude that the process of manifesting itself is not the problem in itself. The awareness and the intention of the person partaking in it are what create any impact, whatsoever.

So many people have this ridiculous notion that manifestation efforts demands we embrace an unrealistic, happy version of us at all times. This could not be further from the truth.

The catch here is that by repressing what we’re genuinely feeling and experiencing at present, we not only do ourselves but also the world a disservice. If we force ourselves to feel upbeat without addressing what’s really happening inside, we’ll become further disappointed when we attract outcomes that mirror our inner reality.

Invalidating your emotional blocks, inner conflicts and striving for constant positivity is dangerous to your mental health.

In such a scenario, an unhealed person will never be able to craft a life that is in alignment with their true selves. Manifestation is not about aspiring for a life that is devoid of negativity or shadows.

○ Using law of attraction for destructive desires and negativity

This one holds true for anything in real life, not just manifestation alone. Breeding ill will towards another and acting immorally or wrongly is bound to backfire.

In eastern religions and spiritual practice, this concept is famously regarded as “karma”. Negative thoughts or negative actions reap a similar reality for the sower of that deed, and the opposite holds true as well.

Therefore, using LOA for the wrong reasons to attract evil or interfere with someone else’s reality negatively is disrespecting the law and also disfavoring yourself in the process.

This is because manifesting bad things that impact others is not only meddling with the cosmic will of the universe but also creating a chain of events that is likely to catch up with you.

Whatever energy one puts out creates a “ripple effect” that affects every single thing around you. Being conscious of this fact and acting in favor of collective good is always going to return to you tenfold.

Is Manifesting Sin? A Quick Glance at the Fallacy

“You are a wonderful manifestation. The Whole Universe has come together to make your existence possible. There is nothing that is not you. “– Nhat Hanh

Whether one wishes to believe in the capacity of the human mind and accept control or blame manifestation for being absurd, one cannot deny the existence of this Universal Law. Most philosophies and religions across the world have different concepts for explaining the workings of the law of attraction.

Whether you believe in god, destiny, power of positive thinking, conscious positive action, or even science, some form of energy is always at the source of all creation. Manifesting simply seeks to accept the fact that human beings have the God-gifted ability to craft their own reality with the “Great Power” operating through them at all times.

Therefore neither is manifesting evil, against religion nor immoral. If anything, it works in accordance with the divine plan of the Universe to simply create from whatever energy is given to it. The outcome we attract is nothing but a consequence of this truth.

The more aligned we are with our core values and morals, the more likely we are to mirror a similar reality with inner peace. Also, the more in tune we are with our overall impact and influence on our surroundings, the better we are able to contribute through our power to manifest that which benefits all.

You are a living magnet; it all starts with you and your choice to manipulate this infinite form of energy for better or for worse. 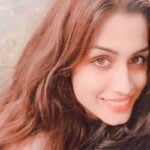 Suranya Sur
Suranya is an writer, lifestyle designer, and nature enthusiast. She is passionate about life, and everything it has to offer. She shares musings on philosophical insights, popular psychology, and holistic wellness.
0 Comments
Inline Feedbacks
View all comments

A Manifestation Jar: The Secret to Manifesting Your Dreams?

How to Manifest Your Dream Body with the Universe’s Help

How to Manifest Clear Skin the Universe Way: Practical guide

How to Manifest Friends the Universe Way: A Practical Guide