Don’t let people disrespect you. My mom says don’t open the door to the devil. Surround yourself with positive people. – Cuba Gooding, Jr.

No one likes to be disrespected. It’s demeaning, saddening, painful, and tends to invalidate our fundamental beliefs about ourselves. Yet despite our distaste for it, more often than not, we find ourselves tolerating it for one reason or another.

Sometimes it’s because we’re afraid to speak up, sometimes it’s due to our inability to recognize some actions as disrespectful in the first place, while for some, it is because they don’t know how terrible the adverse effects of tolerating disrespect are and how important it is for our mind to never tolerate disrespect.

Either way, recognizing the impact of disrespect is always imperative and can go a long way in improving our overall quality of life.

Below we examine important details about the adverse effects of being ignored or disrespected, knowing when we’re being disrespected, and knowing how to make sure we always avoid disrespect.

Recognizing the signs of disrespect is the first step to preventing and dealing with them in the right ways. Here are a few signs to always be on the lookout for.

When people constantly refuse to listen to our inputs, never valuing what we have to offer or even attempting to hear them in the first place, we should know at this point that we are being disrespected.

It is easier to brush this aside due to other reasons. Maybe they just didn’t hear us? Perhaps it’s our fault? Doing this, we fail to admit it as disrespect, yet we continue to suffer from its terrible effects while we do that.

Condescension is the act of behaving or speaking in a manner that shows a feeling of looking down on somebody else, either because they are less intelligent, less knowledgeable, or less cultured.

This is one of the worst forms of disrespect as they belittle our presence, make us feel tiny, and are never willing even to consider that we may be capable of doing anything worthwhile.

The actions of condescension are often subtle and may be unintentional. However, it is important to recognize them for what they are because they have the potential to have a negative impact, rather than maintain healthy relationship with others.

Recognizing these signs can potentially help us establish more healthy relationships with others.

Furthermore, disrespect tends to rear its ugly head in the form of exclusion. They may try to hide it by continually making excuses, but it is a clear sign of disrespect when people consistently exclude us from important meetings and decisions.

People only do this when they convince themselves that we are beneath them and are incapable of making any reasonable contribution.

Lastly, another notable show of disrespect can be found in blatant lies. When people blatantly lie to us without thought of consequence, we know that they do not respect us.

Many people think a lie can be a sign of respect. More often than not, this is false. If they respect us enough, they will tell the truth. Blatant lies take it even further by mixing disrespect with disdain. This should not be tolerated.

Adverse Effects of Disrespect on the Mind

Everyone has to know how seemingly basic random acts of disrespect can generate long-term negative impacts on our psychological well-being.

Below are some of the most sinister effects of disrespect on our minds.

One of the worst adverse effects of tolerating disrespect can be found in its impact on our self-confidence. Disrespect is like a slow-acting virus in our brains.

We tolerate it once, and it starts to take root. Before we know it, it begins to incubate. The more we accept, the more the virus starts to get active.

The worst part is, just like most viruses, before we know how far they’ve spread, it’s already too late. And it all begins with that one seemingly harmless act of disrespect that we tolerated.

Nobody wants to be looked down on and disrespected. Once we tolerate it and convince ourselves that it was not intended or that it is just harmless, we begin the process of eliminating our self-confidence till we have none left.

> The Importance of Being Proactive

This is why to save our self-esteem from deteriorating; we must ensure that we deal with disrespect even before it surfaces. The first step is to deal with them as soon as they arise.

It is just the way society works. There will be people who look down on us and look to exploit us and disrespect us. It is up to us to react immediately and have no fear doing so.

It is only after we become better at dealing with disrespect as they happen that we can begin to anticipate acts of disrespect to clear them out even before they occur.

Secondly, tolerating disrespect breeds a deep sense of insecurity within us. This is usually what follows a deterioration of our self-confidence.

This is best illustrated with a real-life example. Take, for instance, a scenario where we give an idea on a particular topic, let’s say in a meeting. Instead of this idea being well-received, up for further review or even politely dismissed, we received a rude dismissal that reeks of disrespect.

The next time there is a call for ideas, we become more tentative. Then before we know it, we develop a deep sense of insecurity about our ability to come up with better ideas in the future.

> Dealing with Insecurity from Disrespect

Insecurities arise when we feel uncertain about a specific aspect of our abilities and react defensively in an exaggerated attempt to cover this alleged flaw that we believe we have.

Dealing with insecurity that arises from being disrespected can only be done in one way – dealing with disrespect in the first place.

Everyone is flawed in life, but no one deserves to be disrespected because of their flaws. And what’s more, people who disrespect us only do so to make us believe we are flawed, when in fact, they do so out of their insecurities.

This is why every act of disrespect must be called out, refuted, and never tolerated.

We all need to be able to take risks in life. Life is not a clean slate of black and white, with every part of the plan laid down perfectly.

Things tend not to go as planned in life, and we often find ourselves at a crossroads where we must make tough decisions and take risks.

During moments like this, we must be confident enough in our abilities to take that risk. When we allow doubts to set in, we become overwhelmed and end up making all the wrong decisions more often than not.

> The Impact of Disrespect on Risk Taking

The impact of disrespect on risk-taking comes directly as a result of the two adverse effects above. To successfully take risks, you must be assured in most cases.

Also, you must make sure there is not a single ounce of insecurity behind your decision. Failure to meet these two criteria almost always assures disaster.

But of course, once we begin to tolerate disrespect and allow it to take root in our brain, it destroys our self-confidence, makes us insecure, effectively ensuring that we always remain scared to take risks in life.

Everyone knows, however, that to achieve success in life, we must take risks. This is another reason why disrespect must never be tolerated.

Disrespect is a vicious cycle. It leads to a lack of self-confidence, which leads to insecurity. Insecurity leads to little or no risk-taking, and lack of risks leads to little chance of success in life, leading to more disrespect.

In the end, disrespect becomes so entrenched when the cycle is in full force that it becomes pretty much impossible to deal with.

So, if not for any other reason, always ensure you do not tolerate any disrespect because, ultimately, it will become so pronounced that once you don’t deal with it there and then, you will never be able to deal with it again.

The best way to defeat a vicious cycle is to ensure the process never starts in the first place. In the case of disrespect, the best course of action would be to fight disrespect with our self-confidence.

Our contempt for others proves nothing but the illiberality and narrowness of our views. – William Hazlitt

It is convenient to brush aside disrespect the moment it happens. We tend to convince ourselves that they don’t mean it or that it is harmless.

Instead of dealing with it, we continue to deflect and deflect. While we do this, it begins to destroy our lives through a series of vicious cycles. Lack of self-confidence, insecurity and more disrespect follows.

This is why the best course of action, without a doubt, is to deal with it the moment it occurs. It is also essential that we deal with it not by being disrespectful ourselves but by exuding confidence, being calm, and always challenging those who think they can get a free pass for disrespecting us.

Ultimately, the goal should be to get to a level where we wouldn’t even have to deal with disrespect because we have become so good at recognizing it and avoiding it before it occurs.

The best way to do this is to ensure we surround ourselves with the right people, be vigilant, have self-respect, and never get too close with the wrong people. 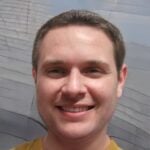 Gaavin Bell
Gaavin is a writer. Lover of words. Seeker of freedom and new experiences. He believe that words have the power to heal and help us find our freedom and help to connect with one another while changing the world for the better.
0 Comments
Inline Feedbacks
View all comments

Victim of Circumstances Mentality Holding You? Let’s Change
Living Vicariously through Others? The Good and the Bad
living for yourself isn’t cruel (8 cases when it’s needed)
How to Start Over in Life: 10 Actionable Steps from Scratch
5 Things to think about before bed for Blissful Sleep

Living Vicariously through Others? The Good and the Bad

How to Start Over in Life: 10 Actionable Steps from Scratch

5 Things to think about before bed for Blissful Sleep

Feel at Peace Instantly with these 7 Powerful Quick Tricks