Is Reality Shifting Dangerous? Must Read Before Trying!

“Imagination should be used, not to escape reality, but to create it” – Colin Wilson

The concept of reality is an ever-changing dynamic empowered by the human mind. Reality shifting is yet another technique that harnesses the potential of the subconscious mind to delve into experiences that may seem impossible to man in this current world.

Reality shifting is an important part of the New Thought Movement and is different from other concepts that involve manipulating the subconscious mind.

But is Shifting Dangerous? Yes and No.

Is Reality Shifting dangerous? The two sides of the Story

Like everything in life, shifting also has its positives and negatives. While the hardcore followers of the practice deny any negatives, it would not be wise to ignore some obvious ones.

No time to read now?
No worries! Save on Pinterest to read it later.
Save to Pinterest 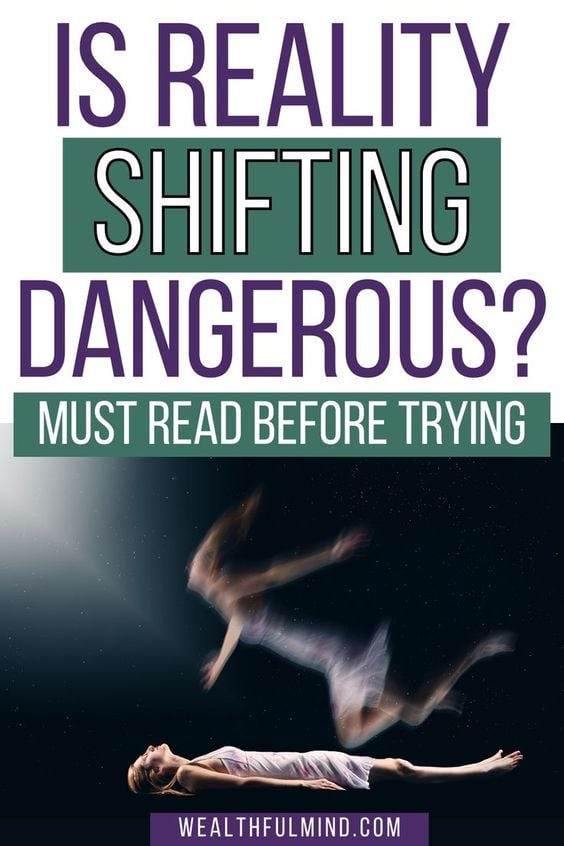 Restrain from using it as a coping mechanism

While there is no denying that we all want to move away from this current reality of pandemic and suffering, but using different reality shifting methods as a coping mechanism can be dangerous.

Slowly as time passes, one can become obsessed with the different realities and start repelling the current reality they live in. This can easily lead to maladaptive daydreaming, which can get out of control if not caught early.

This can lead you to neglect your responsibilities and basic human needs in life.

Suppose you practice shifting regularly and find yourself feeling worthless, hopeless, moving away from people around you, overall disrespectful to life, etc. In that case, it is time to take a break from shifting.

Check out the Science Behind Shifting. (Must read)

There is no denying the fact that, reality shifting is a sensation now because of the vast influence of social media. The depth of information is such that, there is lot of unrealistic things floating around.

But due to the new identity and the attention it has gotten now, there has been enormous amount of misinformation being spread on Tik Tok, YouTube and other place. People have gone out of their way to portray these experiences in unrealistic way to get attention.

The younger generation being prone to these, have unrealistic expectations and when they fail to achieve the same during shifting, are put into a lot of stress.

If you go beyond your means to keep trying to shift, that means your current reality is broken and its best to give attention to that and fix it.

Shifting from Darkness into the Light of Life

Shifting methods have given people hope that they can escape the physical confines of an unsatisfactory reality and explore new dimensions of an entirely different universe as per their own imagination and desires.

So what exactly are we shifting for then, if we are not supposed to get obsessed with our desired reality?

The most important thing for those who want to shift to their desired realities is to be mindful of the whole process. They need to know it is a creation of their subconscious, and they are harnessing its power.

Enjoy the experience, and when you are back to the current reality, detach from your desired reality experience.

Make sure to check shifting tips if you are a beginner to the whole process before attempting it.

Misconceptions about the Process of Reality Shifting

Shifting has been compared to various other phenomenons, been called unreal, and even considered wrong. The following are a few comparisons that have been drawn and how shifting is different from the given assumptions.

While lucid dreaming and shifting may seem very similar at first glance, there are a few stark differences between the two.

First of all, lucid dreaming has been experienced by almost every third person around, and it has its root in science as a well-establish, actual phenomenon.

However, shifting on the other hand is considered a pseudo-science and is being studied in depth at the moment. It is based on experience and varies from one person to another.

The second difference lies in the fact that lucid dreaming occurs when one is asleep and is all about manipulating the “dream” that one has.

Shifting, however, is all about the “real world” and how to manipulate your reality while inducing sleep or being awake, depending on the method used.

Shifting is always done consciously, and therefore its techniques are more of “induction methods” than mere dreams.

The last difference lies in the purpose of the two processes. Lucid dreaming does not necessarily stem from any specific purpose or intent and can simply help to heal from trauma and help understand your sub-conscience better.

On the other hand, shifting is carried out with focused attention and with the intention of manipulating your reality, switching your environment as desired, and manifesting what you wish to experience.

Shifting realities has also been confused with astral projection because of how identical the symptoms experienced during both processes are. However, there are a few key differences between the two.

Astral projection involves projecting your soul or your consciousness out of your body and into the astral realm of your current reality. This is why astral projection is also known as an “out of body” experience. Also, it is considered to be very spiritual in nature.

However, shifting is not about shifting the consciousness to any realm aligned with the current reality, but rather to a whole separate desired reality or universe.

It is not spiritual in nature, and unlike astral projection, it is not energy-based but simply utilizes the power of the subconscious mind.

When indulging in astral projection, the sense of sight is at play and the ability to experience positive and negative energies.

However, shifting involves using all the five senses when experiencing new dimensions of a parallel universe that can be fictional or non-fictional.

The concept of what religion is and the meaning it holds is subjective for all. Therefore, the idea of religion cannot be based on “one reality” alone since it differs from person to person. One can conclude then that reality has nothing to do with religion at all.

However, the moral obligation that we all innately have of knowing right from wrong can be a question for some. Reality shifting is by no means defying God or morally wrong as long as the manifestation involved has no harmful intention behind it.

Shifting seeks to help a person manipulate their current reality to experience something more pleasant, positive, and even helpful.

In this case, one is manifesting something that is only doing them good and is in no way interfering with someone else’s belief system or values.

An Overview: Is Shifting Dangerous?

The genius of the human mind is in its power to imagine, believe and create! Whilst reality shifting is another powerful example of visualizing whatever you wish to experience, the challenge lies in the definition of this “reality”.

There is no harm in mentally escaping one’s current physical bounds and decompressing. However, an obsession with this escape can result in a lack of interest in one’s real world and it’s inherent brilliance. 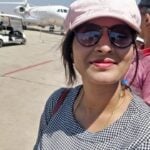 Manasa
Manasa is a passionate person who loves to share insights on life and everything it has to offer. She also love to explore the human mind, as well as offer advice for those seeking help in their journey of self-discovery.
2 Comments
Inline Feedbacks
View all comments

In Your Arms Method Shifting of Reality (7 Step Process)